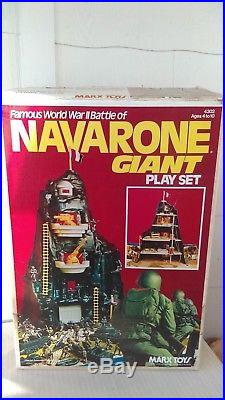 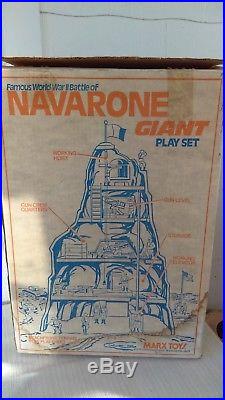 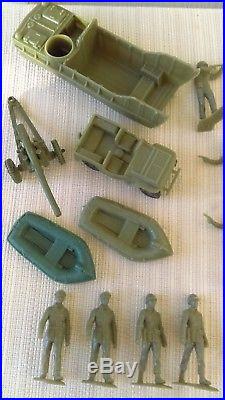 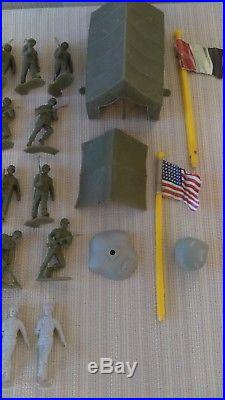 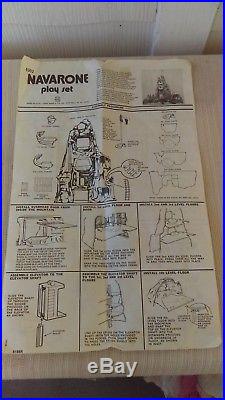 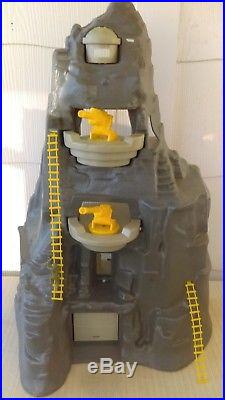 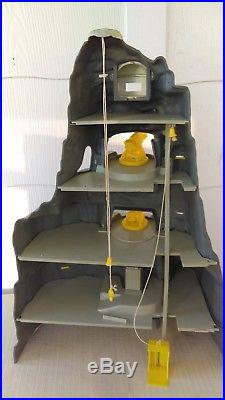 See pics for exact condition of everything and what all is included. Set is very nice for it's age; short on Nazi figures but there are plenty of GI's to make up for it. Included are 4 figures I couldn't quite ID other than to say they are Marx; two of them look like General Patton, and the other two just officers/generic general type figures. I don't believe they came with the set originally, as well as the tents and a few other pieces, but I tossed them in. One GI has a taped on foot, and the cardboard of the two flags also has tape on them.