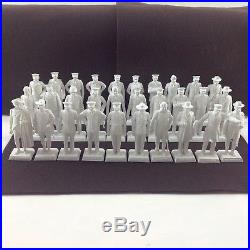 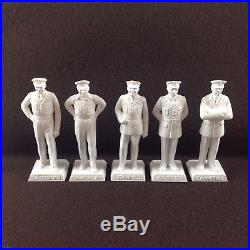 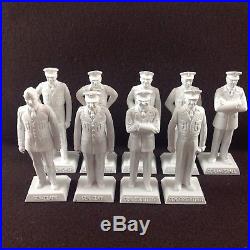 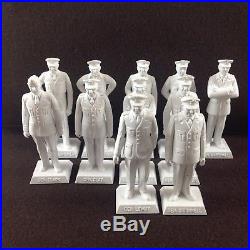 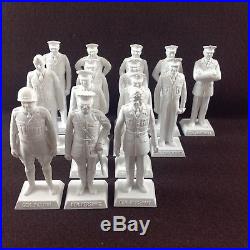 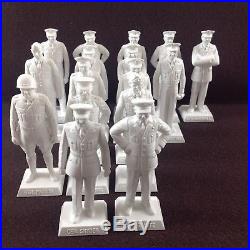 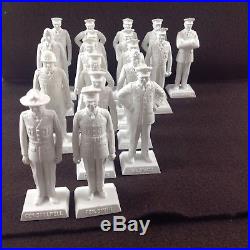 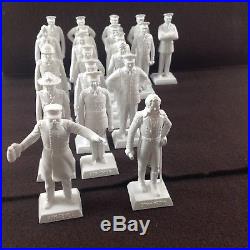 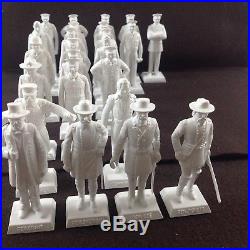 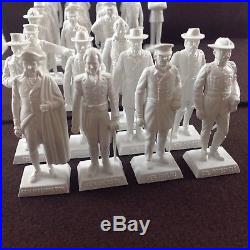 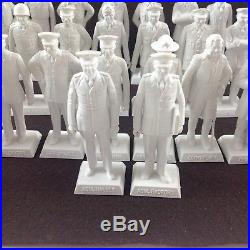 This listing is for an almost complete set of 1950's Marx 60MM hard plastic general figures. This set contains 30 figures, and all are in very good condition. Figures have very little to no yellowing (a few of the earlier generals such as Washington or Jackson have a slightly darker color), or nicks or marks. These were found in an estate and collector owned. These are the unpainted white variation.

These come from the Military Academy Set, and two similar sets that were later added, each containing 12 figures, for a total of 30. One general is not included in this lot is: General Vandegrift.

He did not come in the initial three sets that were produced, but only came in the American Heroes set No. There was one other general produced. Complete set that would be a great to start, or finish a serious collection. I previously had this listed with 28 generals, but the other two generals were found, and added to the lot. The item "Marx Toys Complete Set of 30 Generals 60MM HP Military Academy Very Good Cond" is in sale since Monday, September 3, 2018.

This item is in the category "Toys & Hobbies\Vintage & Antique Toys\Play Sets". The seller is "mbstechnologies" and is located in Clinton, Michigan. This item can be shipped to United States.