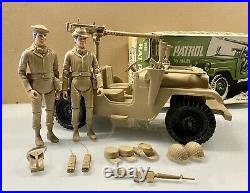 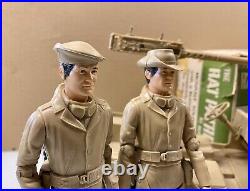 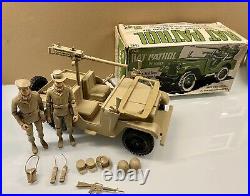 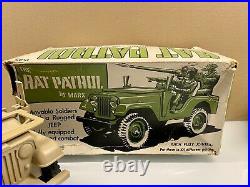 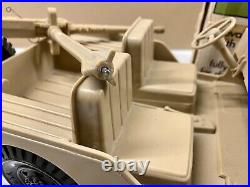 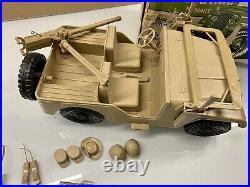 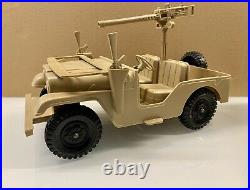 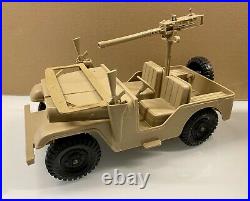 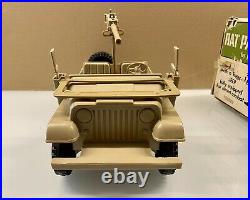 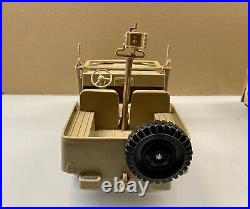 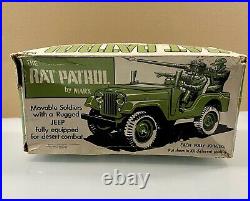 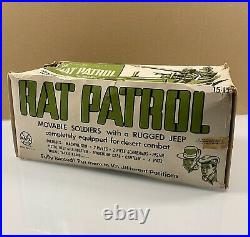 Jeep / Jack Moffitt / Sam Troy. The Rat Patrol set contained another 7.5 scaled poly-plastic set of two figures and a HP Jeep. The figures were Jack Moffitt and Sam Troy. They both were molded in identical desert tan bodies with molded on goggles around their necks. Jack Moffitt had black hair and resembled Gary Raymond.

Sam Troy had brown hair with a toothy grin, and resembled Christopher George. The figures each came with a full set of soft vinyl accessories. The Jeep has rifle sheaths for holding M16's and a machine gun, which was rear mounted on a base.

The grenades are roughly the size of a cooked grain of rice! The Jeep set is very Rare! Binocular Case with Strap (1).

This item can be shipped to United States, Canada.